CASA FOSCOLO CORNER overlooking CAMPO SANTA MARGHERITA, is a 14th century palace situated in sestiere (quarter) DORSODURO in Venise. This sestiere has become lately the most exclusive and looked after of the 7 SESTIERI composing Venise. This building has been restructured and now host HOTEL CA’ NOBILE CORNER, classified 3 stars SUPERIOR

The palace belonged to the CORNER or CORNARO’s, an influential and rich patrician family of the former “Repubblica di Venezia”, or “Serenissima”, between 1285 and 1789. The family gave to Venise 4 DOGI (head of state), 1 QUEEN, 5 CARDINALS, 2 ARCHIBISHOPS and ELENA LUCREZIA CORNARO (1646-1684), the first graduated woman in history.

The CORNARO’S family did build :

VILLA CORNARO in Piombino Dese (Padua), in the XVI-XVII century by ANDREA PALLADIO 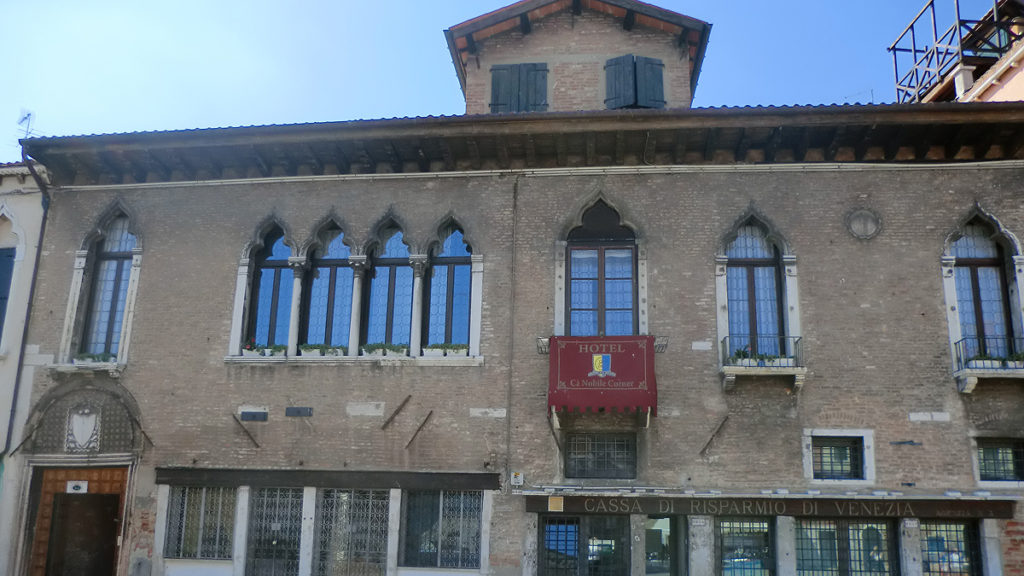 10% DISCOUNT, only if you book directly from our website.